New developments in the EdiCitNet network of edible cities

The EdiCitNet  project, coordinated by the University of Berlin, in which ICRA is leading Work Package 2 dedicated to developing the project's tools, continues to make progress in promoting a network of edible cities that are more sustainable and resilient. 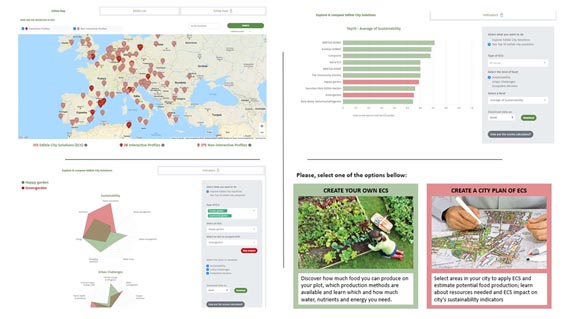 The project provides citizens and municipalities with tools to facilitate the implementation of nature-based solutions to address urban challenges such as climate change, water management and access to green spaces, while producing local, quality food.

Citizens can share their urban agriculture projects in an interactive catalogue, where they can also learn from other initiatives or get a report on how sustainable each shared initiative is. Citizens and municipalities also have a tool to guide them in designing and planning their solutions. They can see what impacts and co-benefits the planned solutions will have and get a detailed report on what resources will be needed to implement them.

The project has also made available to EdiCitNet partner Sant Feliu de Llobregat City Council a video game that simulates the co-benefits of urban agriculture initiatives using indicators based on a digital twin of the city. Players can build urban agriculture initiatives, urban parks or demolish buildings, among others, and see what impact their actions have on the ten indicators that the game calculates. The game was publicly presented at the European Ecosystem Services Partnership conference, specifically in the session dedicated to planning nature-based solutions based on citizens' preferences. 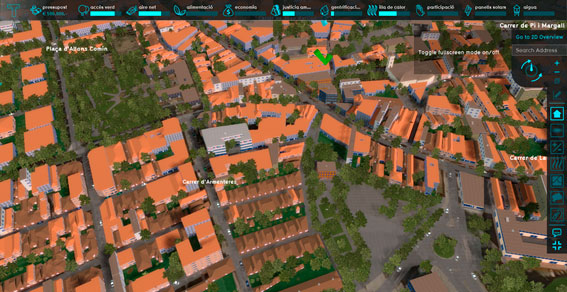 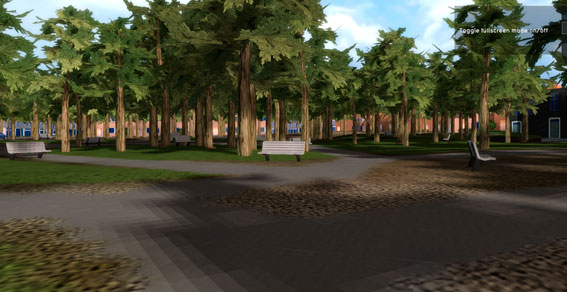 Finally, also related to EdiCitNet and urban agriculture, ICRA has participated as an advisor in the Menja't Sant Narcís project, which promotes community gardens in the Sant Narcís neighbourhood of Girona. The inauguration of the pilot plan, carried out in Roma Street, was held on 8 June. The project, led by Girona City Council and neighbourhood associations, has been very well received by the residents of Sant Narcís and it is hoped that it can be extended to other streets in the neighbourhood. 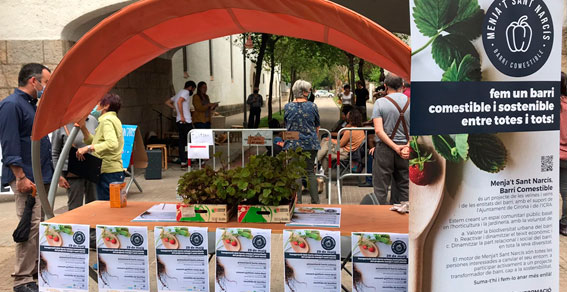